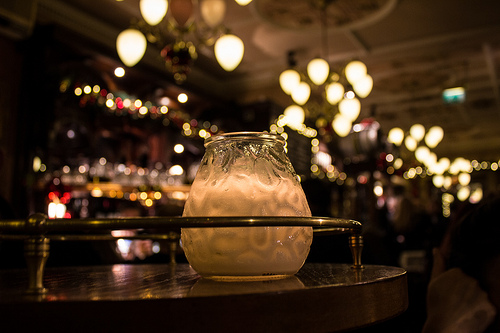 By Katie AllenDecember 12, 2016Blog
No Comments

It is that magical time of the year again. Time to reflect on the achievements of the year, contemplate the year ahead and enjoy a bit of well-earned downtime. It is also that time of year for the holiday office party. The one party of the year at which many otherwise reasonable and sober individuals often convince themselves before, during, or after that the rules do not apply.

However, if you can lock and load your Uber app, remember that everyone is a budding TMZ cameraman, and recognize that any news alerts announcing that holiday parties have been declared sexual harassment “free zones” are, in fact, fake news, you can enjoy the office party with a minimum of professional (or worse) humiliation. Therefore in the spirit of giving, we recommend passing this free survival guide on to your colleagues and friends. It might prove to be the best holiday gift that they receive this year.

Sexual harassment does not take a winter holiday. It is illegal under federal, state and local laws. Sexual harassment may include a range of subtle and not so subtle behavior and may involve individuals of the same or different gender. Depending on the circumstances, these behaviors may include, but are not limited to: unwanted sexual advances; subtle or overt pressure for sexual favors; sexual jokes, innuendos, advances or propositions; verbal abuse of a sexual nature; graphic commentary about an individual’s body, sexual prowess or deficiencies; leering, whistling, touching, pinching, assault, coerced sexual acts, or suggestive, insulting or obscene comments or gestures; display of sexually suggestive objects or images (including computer generated) in the workplace; and other physical, verbal or visual conduct of a sexual nature.

This type of behavior is unacceptable in the workplace or any work-related setting – including the office holiday party.   Employers must take steps to protect themselves from liability by establishing, documenting and disseminating a policy against harassment. The policy must include a grievance procedure by which a victim is encouraged to complain. The sexual harassment policy must specify from whom a victim can seek recourse. Otherwise, an employer cannot insulate itself from Title VII liability. Additionally, under the policy, the employer must take prompt and appropriate action once a complaint is received. The action should include a complete investigation of the complaints, and if harassment is found to exist, action reasonably calculated to end it. The adequacies of the employer’s response depend upon the facts of a particular case, such as the severity and frequency of the harassment.

The Equal Employment Opportunity Commission advises employers to “take all steps necessary to prevent sexual harassment from occurring such as . . . development of appropriate sanctions, informing employees of their right to raise and how to raise the issue of harassment . . . and developing methods to sensitize all concerned.” 29 C.F.R. section 1604.11 (f)..

Sexual harassment was first recognized as a form of discrimination under Title VII of the Civil Rights Act of 1964 by the U.S. Supreme Court in Meritor Savings Bank v. Vinson, 411 US 57 (1986), wherein the Court favorably cites Equal Employment Opportunity Commission (“EEOC”) policy guidance in formulating its opinion. Violation of Title VII may be predicated on two types of sexual harassment: (1) harassment that involves the conditioning of employment benefits on sexual favors (quid pro quo), and (2) harassment that, while not affecting economic benefits, creates a hostile or offensive work environment.

In Harris v. Forklift Systems, Inc., 510 US 17 (1993), the Supreme Court described the elements of the hostile work environment which Title VII forbids. The Harris Court clarified the standard for a hostile environment with both an objective and subjective component. To state a cause of action, the plaintiff must show that a “reasonable person” would find the work environment hostile or abusive. Additionally, on a subjective basis, it must be demonstrated that the victim perceived the work environment to be so abusive as to alter the conditions of employment. See also, Burlington Northern and Santa Fe Railway Company v. White, 548 U.S. 53 (2006), and Vance v. Ball State University, 133 S. Ct. 2434, 2441 (2013).

In June 1998, the U.S. Supreme Court issued two decisions that fundamentally changed the standards for applying liability to an employer. These standards remain the applicable law for sexual harassment claims.   Prior to these decisions, the courts throughout the nation were inconsistent in applying the standards of liability for sexual harassment. The decisions in Farragher v. City of Boca Raton, 118 S. Ct. 2275 (1998), and Burlington Industries v. Ellereth, 118 S. Ct. 2257 (1998), were intended to clarify the law in sexual harassment cases. Since these decisions were issued, employers are now strictly liable when a supervisor’s harassment results in tangible adverse employment action such as discharge, demotion or unfavorable reassignment. See Ellereth, 118 S. Ct. at 2290, Farragher, 118 S. Ct. at 2292-93; see also Staub v. Proctor Hosp., 131 S. Ct. 1186 (2011).

Where no tangible employment action is taken, an employer may escape liability if it can prove by a preponderance of the evidence (1) that it exercised reasonable care to prevent and promptly correct any sexually harassing behavior and (2) that the complaining employee unreasonably failed to take advantage of such preventative or corrective opportunities. This two-pronged affirmative defense is only available where the supervisory harassment has not resulted in an adverse employment action.   In the situation where the supervisory harassment results in such an adverse employment action, no such defense is available. See Ellereth 118 S. Ct. at 2290. Also see Vance at 2442.

Conduct constituting sexual harassment can be committed by a co-worker or a supervisor. An employer’s legal duty in co-employee harassment cases will be discharged if it takes reasonable steps to discover and rectify acts of sexual harassment by its employees. See Parkins v. Civil Constructors of Illinois, Inc., 163 F. 3d 1027 ( 7th Cir.1998). When the abusive or hostile work environment is created by a non-supervisor, the courts apply a negligence standard and the plaintiff must prove that the employer knew or should have known of the harassment, but failed to take prompt and remedial action. See, e.g., Adler v. Walmart Stores, Inc. 144 F. 3d 664, 676 (10th Cir. 1998); see also, Oliphant v. Simboski, 2005 U.S. Dist. LEXIS 5353 (2005).

An employer may be liable for sexual harassment caused by the acts of the employer’s clients or independent contractors where the employer has knowledge of such harassment and fails to take appropriate corrective action. 29 C.F.R. section 1604.11 (e).

In Oncale v. Sundowner Offshore Services, Inc., 118 S. Ct. 998 (1998), the Supreme Court expanded Title VII to include same-sex harassment claims. This case involved a male employee who was subjected to physical and verbal sexual harassment and threats in the workplace. The court stated, “ whether members of one sex are exposed to disadvantageous terms or conditions of employment to which members of the other sex are not exposed” Id. is the focus. Prohibition of harassment “forbids only behavior so objectively offensive as to alter the ‘conditions’ of the victim’s employment.” Id. At 1003.

Jude and other members of the Hickey Smith legal team are available to provide presentations on employment law issues and consultation on the methods to avoid liability related to the various types of Federal and State issues that the employer, insurance carrier or risk manager may encounter. Please contact Jude at 312 854-1861 or jquinn@hickeysmith.com to answer any legal questions related to employment law issues.