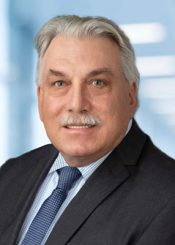 Michael has also been senior house counsel for Nationwide Insurance Company and its subsidiaries in defending against construction accidents, wrongful death, and traumatic brain injuries for policy holders and commercial defendants to settlement and verdict.

Michael was a member of S.I.U. (Special Investigations Unit) during his employment at Safeco Insurance Company while also handling general liability and premises liability cases. Additionally, he started and was the head of the Construction Defect Litigation Department. He further coordinated and developed the claims/legal meetings for further cooperation in resolving litigated files.

United States District Court for the Central District of California