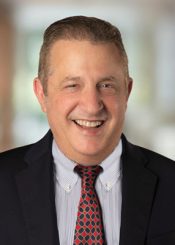 Before joining Hickey Smith Dodd, Mr. Green served a senior litigation counsel to a firm providing general counsel services to highly skilled building, construction, and heavy equipment operators and represented municipal related entities at trial.  Prior to that, Mr. Green was a Senior Associate at a “New York Top 100” litigation firm where he was responsible for first chair representation of the firm’s clients.

Mr. Green also serves as an Associate Village Judge, where he manages a diverse calendar of Felony and Misdemeanor cases as well as other matters.  He has developed a unique insight into trial practice by serving as a judge on a number of trials, both jury and non-jury.