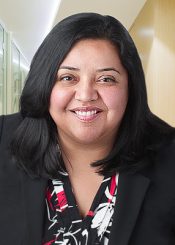 Super Lawyers rated Martha as a Top Attorney Rising Star in New Jersey in 2013.  Martha is a former arbitrator for the New York State Small Claims Court in Bronx County, NY. She is an active member of the Bergen County Bar Association and is fluent in Spanish.

United States District Court for the District of New Jersey