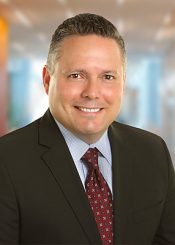 As Hickey Smith’s Managing Partner, David Hickey is responsible for monitoring and evaluating the design and implementation of the firm’s established processes, procedures, protocols, and workflows to drive continuous firm improvement. David has leveraged technology to design and implement process-based solutions to create efficiencies and reduce both systematic and assystematic risks. David has successfully managed complex legal matters in the US, South East Asia, South Asia and the UK for 25 years. Prior to joining Hickey Smith, David was an equity partner with Winston & Strawn, LLP, a litigator with Skadden, Arps, Slate, Meagher & Flom LLP, a prosecutor with the United States Air Force and a Special Assistant United States Attorney. He has first chair trial experience and has advised numerous clients in connection with “bet the company” and other crisis related situations. He has represented clients across a variety of industries.

United States Court of Appeals for the Ninth Circuit

United States Court of Appeals for the Armed Forces

United States District Court for the District of New Jersey